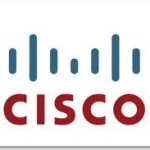 Cisco has said it will challenge Microsoft’s $8.5bn (£5.4m) takeover of Skype at the EU’s top court.

The networking giant said conditions needed to be set to ensure Microsoft would not block other video services.

In October, the European Union had ruled the deal would not impede competition.

But Cisco has called on the European Commission to introduce open standards similar to those used for mobile phones.

“Cisco does not oppose the merger, but believes the European Commission should have placed conditions that would ensure greater standards-based interoperability,” Cisco’s video conferencing head Martin De Beer wrote in a blog post.

European Commission spokesman Antoine Colombani said: “We will defend our decision in court.”